Marcia has held important leadership positions in development and fundraising for 30 years.  She has led major capital and endowment campaigns for Agrace Hospice (Chief Development Officer), Edgewood College (Vice President of Institutional Advancement), and Gilda’s Club of Madison (CEO), raising over $85 million including numerous seven-figure lead gifts.  She is proud of the many meaningful long-standing relationships she has stewarded with several major gifts donors that have led to numerous additional gifts.  In addition to an impressive record leading capital and endowment campaigns, she has consistently raised $6 million per year for annual giving programs over many years.

Marcia was recognized by the Association of Fundraising Professionals as the Outstanding Fundraiser of the Year in 2015 and has served on the boards of Goodman Community Center, Madison College, and TEMPO.

Marcia lives on Lake Wisconsin with her husband and enjoys spending time on the water and being outdoors. They have 5 grown children and one grandson. 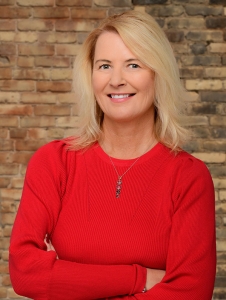 With offices in Milwaukee and Madison, we provide services for capital campaigns, general fundraising and capacity building to help our nonprofit partners raise the funds they need to better fulfill their missions.